The History of the Veterans Day Parade 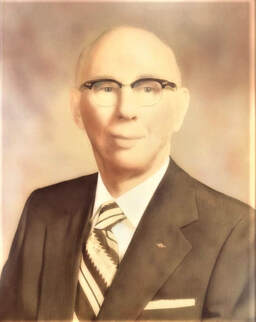 Vernon, a veteran himself, served as a medic at the Veterans Hospital in Vancouver, Washington during World War I. In World War II, he served as a captain in the Veterans Guard & Patrol. Vernon was very active in many veteran organizations such as the American Legion Post No. 1, Forty & Eight Voiture No. 25, Portland Barracks No. 53 of the Veterans of World War I, and the Last Man’s Club.

Vernon E. Ross purchased a small triangular piece of land for $19,000 in front of his Ross Hollywood Funeral Chapel and erected a flag pole with a planter. He said, “I wanted to do something to honor veterans of all wars, because 'patriotism' has dropped to the lowest level ever.” Vernon was an avid supporter and member of the Hollywood District and the Hollywood Boosters. Ross Hollywood later donated that property along with the flag pole to the City of Portland. Ross Hollywood Chapel still tends to the flag pole, provides routine maintenance to the light, and replaces the proudly flown flag once a year.

On November 11, 1983, right before the Veterans Parade came into view from the flag pole, Vernon E. Ross collapsed, standing at the base of the very memorial he had built. He had suffered a heart attack and later that night he died at Emanuel Hospital.

His son Howard C. Ross said about his father’s involvement with veterans’ activities, “It was his life.” He also stated, “With all those things added together and the excitement of the parade and his father’s failing health, that is what contributed to the attack.”

Many groups and organizations from in and around Portland participate in the Parade, such as the Royal Rosarians, local High School marching bands, military groups, motorcycle groups,  bagpiper marching bands, senior living groups, and various local dignitaries, such as the Mayor, congresspersons, councilpersons, and sometimes the Oregon Governor, when their schedule allows.

In 2020 the Veterans Day Parade was cancelled due to COVID-19. Later that year, Oregon Market Director, Angela McKenzie-Tucker wrote, "As Dignity Memorial and Ross Hollywood Chapel look further into the future and our involvement with the parade, we have had to make a difficult decision. Effective immediately, Ross Hollywood Chapel and Dignity Memorial will be stepping down as organizers and primary backers of the parade. This decision was not made lightly. In the past several years, the parade has grown in size and scope to a point that it is no longer realistic to task our funeral home associates with its planning and organization. If the community wishes to spearhead the event, we will make all existing planning documentation available as a resource to you." Contact us if you would like to become the organizer for the Veterans Day Parade.